If you’re a keen VR Fan you will know about the Oculus Rift activities in toronto. The head mounted display being developed by the independent company Oculus VR at a cost of almost $2.5 million. 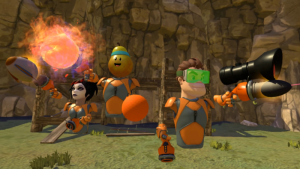 In March 2014 social media giant Facebook had announced that it agreed to buy Oculus VR for $400 million, $1.6 billion in stocks and $300 million if Oculus VR could meet its financial targets which were closed in 2014.

We are expecting the release sometime in 2015 but details are unconfirmed. Oculus founder, Palmer Luckey wasn’t able to comment any more on the release. There are also 2 development kits available DK1 (2012) and DK2 (2014) to allow developers to keep up to date with the current technology. However Oculus has stated that there will NOT be a DK3, but a consumer version will follow.

There have been 2 updated prototype releases since The Rift’s surface: Crystal Cove (CC) and Crescent Bay (CB).

CB started in September 2014 during the “Oculus Connect” Conference. An update from the DK2 with a lower weight, built-in audio and an awesome 360 tracking unit. At the same time Oculus licence the software library RealSpace3D which is expected to provide The Rift with the HRTF and other algorithms. It was also publicly announced that the CB used two screens instead of one.

Wrapping things up. The consumer version of the Oculus will be available soon in arcade toronto. How soon.. We just don’t know, but with all these massive leaps, safe to say won’t be long!